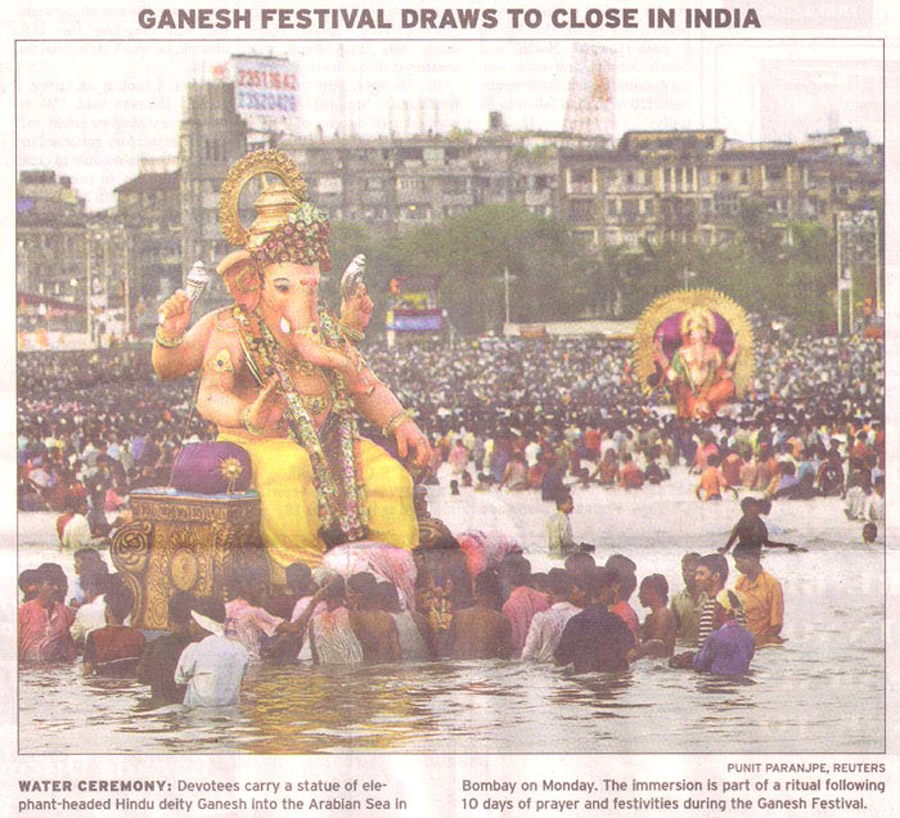 (CNN) -- Across India, thousands of processions mark Ganesh Chaturthi to celebrate the Hindu elephant god, who is also regarded as the remover of obstacles.Stories differ as to how Ganesh came to have the body of a boy and the head of an elephant.

As part of the festivities, male members would carry a Ganesh statue to the beach and dunk it into the sea three times before letting it go.

The religious ritual carries serious environmental consequences, however. Toxic paints and plaster from the thousands of statues pollute the ocean and harm marine life, leaving dead fish to litter across the coastline.

The sheen of the statues can be attributed to heavy metals, said ecologist Vivek Kulkarni. "They enter the water ecosystem, then will enter the fish and come back to us," he added. Among the alternatives to the ocean are artificial wells to dunk in the statues.

At one competition this year, sculptors raced to make environmentally-friendly statues.