Profile: Agca was involved in crime since youth. In his teens he was a member in various street gangs and got his training in petty crime. Later he made money as a smuggler between Turkey and Bulgaria then moved on to Syria where he was received weaponry and terroristic tactical training which he claimed was funded by Bulgaria.

In 1978, while working with a far-right extremest group, the Turkish Grey Wolves, Agca killed Abdi Ipekci, the editor of a left-wing newspaper. He was caught, tried, and sentenced to life in prison but managed to escape in November 1979 and fled to Bulgaria.

A self-proclaimed mercernary, Agca was quoted as saying he was willing to perform any crime for the right price. Soon after his arrival in Bulgaria he claimed to have been contacted by the Bulgarian Secret Service who offered him over $3 million to kill the Pope because of the Pope's support of the Poland Solidarity movement. He also claimed that once in Rome, the assassination plot was led by Zilo Vassilev, then the Bulgarian military attache in Rome.

Many doubt the accuracy of Agca's story and feel that his real motive for trying to killing the Pope was never disclosed.

In June 2000, president Carlo Ciampi pardoned Agca and he was permitted to return to Turkey to complete his prison sentence for the murder of Abdi Ipekci. His release date is scheduled sometime in 2005. 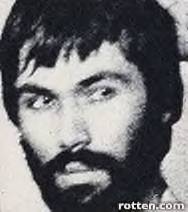