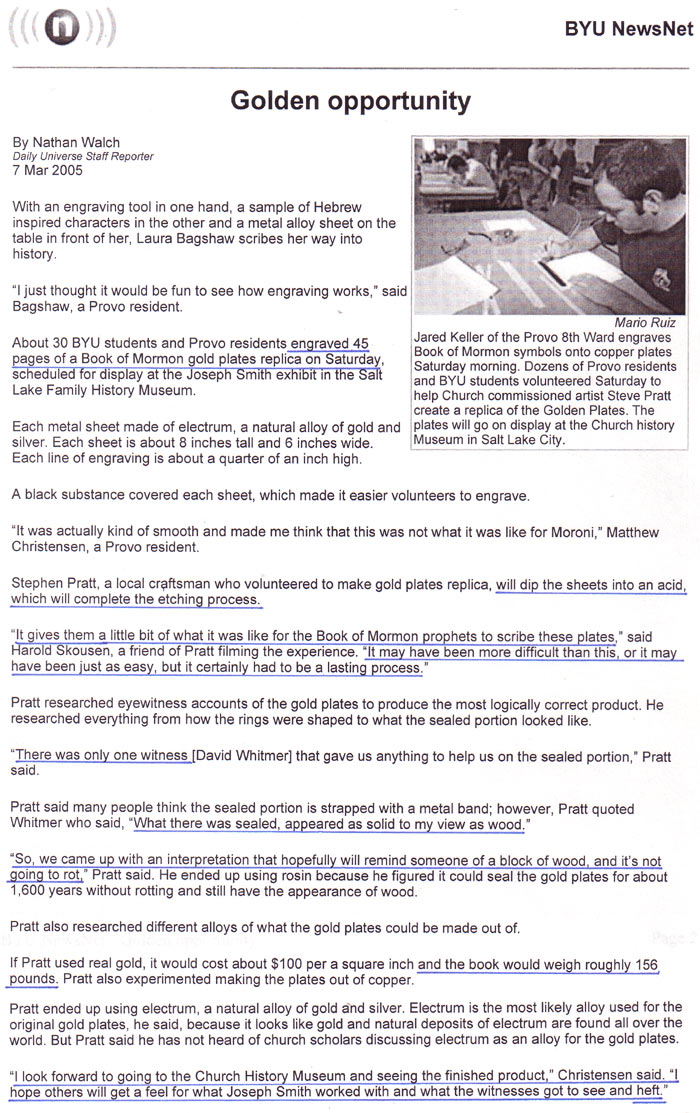 On arriving home the young Prophet allayed the fears of his father by assuring him that the record was as yet safe, and made immediate preparations for bringing it home. His brother Hyrum was sent for and asked to secure a chest with a lock and key by the time he should return with the plates. The plates were hidden, as already described, between two and three miles from the Smith home. Arriving at the place where they were concealed, the Prophet wrapped them in his farmer's "smock," and started for home. For greater security Joseph left the high-way and made the journey through the woods and fields. His enemies were evidently on the watch for him, for three times he was assaulted by as many different persons; but being strong and athletic, by dint of blows and flight he threw them off and finally reached home utterly exhausted from the excitement and the fatigue of his adventures. (B. H. Roberts, A Comprehensive History of The Church of Jesus Christ of Latter-day Saints, 6 vols. [Salt Lake City: Deseret News Press, 1930], 1: 91.)