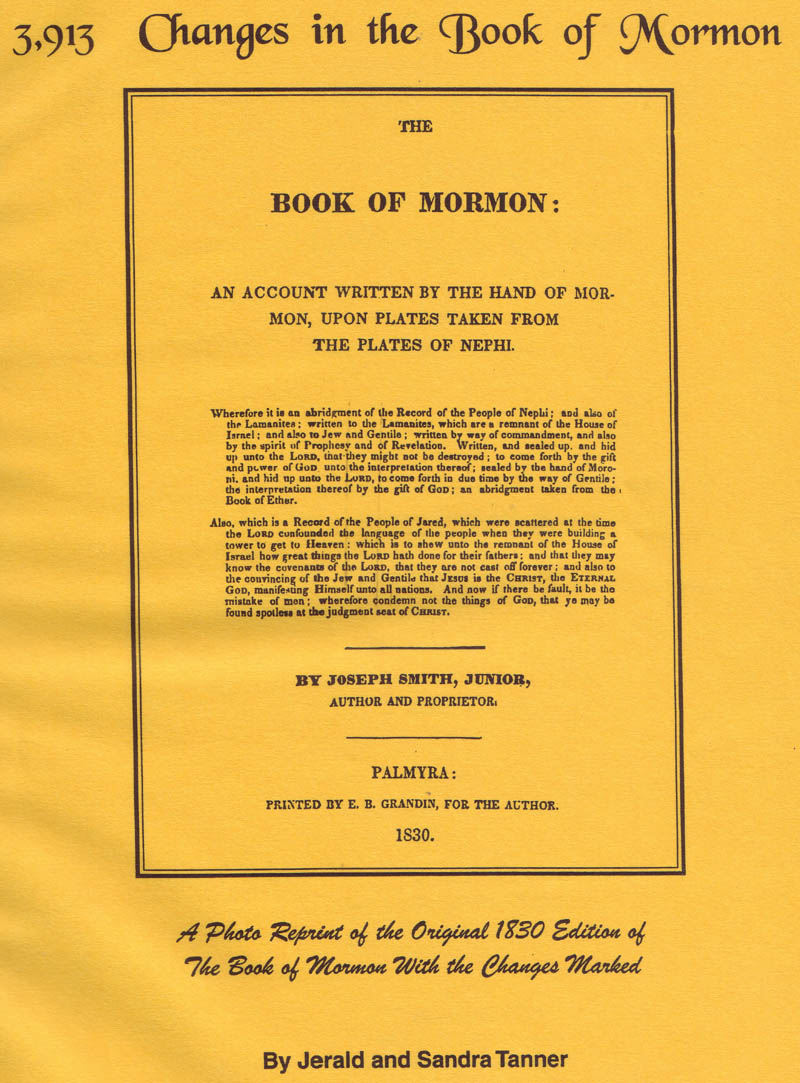 As LDS General Conference weekend approaches, there's a buzz about a new set of limited edition reprints of the Book of Mormon. They're creating quite a stir, even 176 years after the first edition.

The limited edition reprint of the Book of Mormon has really been a life time dream of one Salt Lake man, but now with the help of many others it is a reality for anyone to buy.

Woody Challis has dreamed of this day since he was a teen. It's taken that long time to come up with the expertise, money and know-how to make a historically accurate reprint of the Book of Mormon. It's something that's creating excitement even outside the Mormon faith.

Many who are purchasing the books are not LDS. They see it as something of historic value. They want to touch handle smell and feel something that has history, says Challis.

Jay Linford joined up with Challis in the reprint replication process knowing he didn't have 100 thousand dollars for one of about 300 originals still around.

The end product is a reprint with a sheepskin cover, bound by period technique. There are only 200 copies selling for 350 dollars each.

There is also paperback version print in novel format like the original for only 20 dollars.

There is so much demand for replicas, these men and a team of experts are planning take history a step further and create an exact replication of the Book of Mormon that will be made completely by hand as the original was; The exact same number, too.

The replication team plans to build an acorn press just like the original one that was used to print the first copies of the Book of Mormon in Palmyra New York.

They plan to make each copy like the original. There will be 500 sold in the months to come, the first in December. The first of these limited edition replicas will probably sell for about 1,000 dollars each.

If you would like to learn more about the Book of Mormon replication project, log on to: www.experiencepress.org.

Modern Mosiah 21:28 And now Limhi was again filled with joy on learning from the mouth of Ammon that king Mosiah had a gift from God, whereby he could interpret such engravings; yea, and Ammon also did rejoice.