A JEHOVAH'S Witness stole more than $50,000 from banks after being thrown out of the sect for getting pregnant out of wedlock, a court heard yesterday.

Coral Acacia-Volkmer, 27, avoided jail after telling the court she had been brainwashed by the cult for more than 24 years.

The single mother of a boy, 2, was ordered to do 240 hours unpaid community work and repay more than $50,000 she stole from banks and credit unions.

The court heard she told the banks -- mostly in Hamilton -- they were wage cheques to withdraw the money immediately.

She withdrew $53,920 before the cheques were dishonoured.

A surfer, who last year competed in the Roxy Jam Tournament, Acacia-Volkmer has won two awards for customer service since starting with a telecommunications company two years ago.

Her lawyer, Mr Michael Kuzilny, told the court his client was depressed after the Jehovah's Witnesses, including her own family, rejected her when she became pregnant.

Mr Kuzilny said before becoming pregnant her marriage failed and her husband sold their home and took everything because men made the rules in the sect.

Acacia-Volkmer became pregnant to another man and after the man left her she turned to crime to pay off her debts.

"She was depressed and disillusioned with the world," Mr Kuzilny said.

He said his client had no friends because she had been involved with the Jehovah's for 24 years.

In that time she went to church five days a week and "walked the streets of Australia promoting the Jehovah's".

He said Acacia-Volkmer had been forced to give more than half her wages to the church since she began working seven years ago.

Acacia-Volkmer, formerly of Hamilton, pleaded guilty to 62 charges of obtaining property by deception.

Magistrate Brian Clifford convicted her and released her on a 12-month community based order.

Jehovah's Witness shoots wife, self
A Bible-thumping Bronx man gunned down his estranged wife and then killed himself after accusing her of straying from their faith and sleeping with another man, police and neighbors said yesterday.

The victim's 21-year-old daughter found the bloodbath at 10:30 a.m. yesterday in her mother's Soundview apartment after the woman failed to show up to work as an Avon sales representative, neighbors said.

Sharoll Medina, 39, was sprawled on her bed with a gunshot wound to her head. Her estranged husband, Julio Lopez, 45, lay dead nearby with a revolver beside him, police said. "My mother! My mother!" her daughter screamed as she walked out of the Watson Ave. building.

Lopez and Medina, both Jehovah's Witnesses, separated about 18 months ago. But Lopez would often show up unannounced at Medina's fifth-floor apartment, neighbors said.

She routinely refused to let him inside, but rather than go away he would sleep in his truck. Their fighting got worse when Lopez found out Medina was dating another man - and he later argued with her about it, neighbors said.

The return of a curious girl

She was praised by Dylan Thomas, TS Eliot and Robert Graves as a wonderful poet. So why did writer Lynette Roberts lose her love affair with literature? Sam Burson rediscovers a legend

THE gravestone in the small village of Llanybri, Carmarthenshire, is one not enough people will visit.

It is a certainly a modest shrine compared to the Dylan Thomas Boathouse.

Just 10 miles away in Laugharne, thousands arrive each year in appreciation of one of the most famous of famous Welsh poets.

But many spending time in Dylan's former haven will never have heard of Lynette Roberts, (whose wedding Dylan Thomas attended as best man), and will never appreciate her vastly underestimated role as another of Wales' most important poets.

Indeed, the work of the Argentine-born writer was highly praised by TS Eliot and Robert Graves.

It was Eliot, a friend and editor at Faber and Faber, who encouraged her poetic ambitions, and published her two books of verse in 1944 and 1951.

He said of the first, "She has, first, an unusual gift for observation and evocation of scenery and place, whether it is in Wales or her native South America; second, a gift for verse construction, influenced by the Welsh tradition, which is evident in her freer verse as well as in stricter forms; and third, an original idiom and tone of speech."

Meanwhile Graves, for whom she worked as a researcher for The White Goddess, once wrote, "Lynette Roberts is one of the few true poets now writing. Her best is the best."

But despite such praise and talent, her critical success was, for many, frustratingly short lived.

Because by her early 40s, she had written her last poem.

She became a Jehovah's Witness, lost all interest in literature, and, by the time of her death in 1995 at a nursing home in Ferryside, had been out of print for nearly 50 years.

Suffering from schizophrenia, she was committed to a Carmarthenshire mental hospital four times.

And until recently, just a small number of poets and critics were aware of her.

However Lynette's work is now enjoying a new surge of interest.

A new edition of her poems, including her two published books and several dozen unpublished works, appeared from Carcanet last year, edited and with an introduction by poet and critic Patrick McGuinness.

Her prose, including a war diary, an autobiography and uncollected or unpublished articles and memoirs, is due to appear, also from Carcanet, next year.

The republication is being seen as a major addition to the understanding of the British modernist tradition, and of Welsh poetry's contribution to it.

It is also something which has pleased her daughter Angharad Rhys.

But Angharad, who works as a writer in London, wants to ensure her mother is remembered for more than just her poetry.

She said, "The poems were written at a very sad time in her life, but what most people don't under-stand is that she was a very cheerful and positive person.

"People get put into slots and I don't want people feeling that she was a depressed individual.

"The people who have met her all remember she was good fun.

"Even when I was pushing her around in a wheelchair, she wa still pinching people's bums, and pretending it wasn't her."

Angharad said of her mother's abrupt cessation of writing, "If you're published by TS Eliot it's wonderful, but it's always a struggle, because you're thinking about the next thing to publish.

"Later she had some stuff rejected from magazines, and she had always been interested in lots of different things anyway."

As well as being a keen and talented painter, Lynette was not without her grand ideas.

Angharad recalled of her time in Kent, "In the '50s she wanted to start an underground art gallery in caves, where there would be a sculptor working.

"Unfortunately as one was chiselling the walls into shape, the cave collapsed around the sculptor's ears.

"He was OK in the end, but that was the end of that idea."

Angharad, 60, and her brother Prydein, 59, were the result of Lynette's marriage to Keidrych Rhys.

She married the flamboyant magazine editor after breaking off an engagement to Merlin Minshall, a racing driver and real-life spy, who was said to be the inspiration for Ian Fleming's James Bond.

The couple lived in Llanybri throughout the war, where Lynette wrote her poetry, but she was often unhappy with the role of housewife, and the marriage had broken up to 1948.

She moved to London, but suffered a mental breakdown in 1956 after a string of failed projects.

She returned to Llanybri in 1970, and eventually to Towy Haven Residential Home, in Ferryside, in 1989.

In December 1994, Lynette fell and broke her hip while dancing, and later had a heart attack in hospital.

She died of heart failure on September, 26, 1995, at Towy Haven, and was buried in Llanybri.

Dylan Thomas once remembered Lynette as, "A curious girl, a poet, as they say, in her own right with all the symptoms of hysteria." 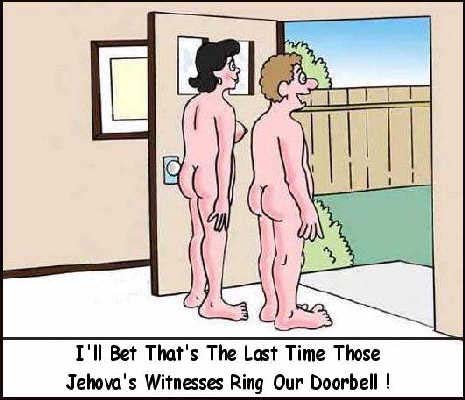